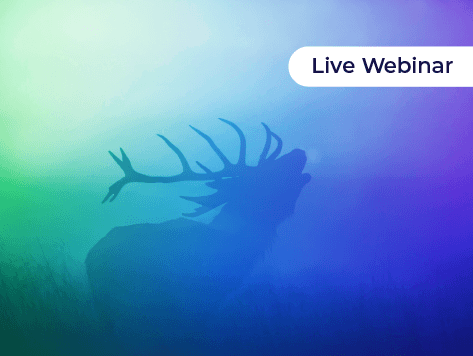 Dates: Thursdays, November 11, 18 and December 2 and 9, 2021 from 10:00 AM to 11:30 AM Pacific Time (note: there is a one week break due to the Thanksgiving holiday in the United States)
Format: Four live webinars on Zoom. All sessions will be recorded and will be posted on this page for access for registered students.
Zoom Information: Once you have registered for this program, please ensure you are signed in to your account and return to this page to access the “Get Your Zoom Link” lesson. You must register separately on Zoom to get your participation codes and reminder emails.
Faculty: Manda Scott, MA, CertVA BVMS, MRCVS
Academic Credit: Bachelors- 1 credit, Masters – 1 credit; Doctoral – 1 credit

Questions: Please do not email faculty directly with any technology or registration issues. If this is your first time purchasing from us, or you need a refresher, we suggest you review our tutorial How to Purchase a Course. If you do not have a user account, you will be required to create one upon your initial purchase. Save your username and password as you will need it to login to access course materials later and to make purchasing faster in the future. If you need technical assistance you can use the chat button located at the bottom, left-hand side of the screen and you can also email our Registrar, Veronica Saldias at registrar@ubiquityuniversity.org.

Boudica, Celtic Warrior and Queen: the Feminine in Resistance to Empire

Boudica! Her name means ‘She Who Brings Victory’. In the lands of Britain, formerly the Roman province of Britannia, it is a name to conjure with: the tall, red-haired warrior-woman, Queen of the eastern tribe of horse-breeders who lived in the lands we now call East Anglia, home of Cambridge University.

Two thousand years ago, she drew together the warring tribes of her land into one vast army over a hundred thousand strong and nearly – so very nearly – drove the occupying armies of the Roman Empire back across the Ocean. Over the course of a summer, the tribes of Britannia defeated two of the four Roman legions, only falling at the last hurdle in a single battle that changed the trajectory of British, and arguably European and world imperialization. The resultant Romanization of Britain lasted into the middle of the 5th century CE, and the diminution of the warrior culture led directly to the Anglo-Saxon invasion which segued into the Norman invasion and the feudalisation of Britain.

History is (almost exclusively) written by the winners and, while the history of the British Isles began long, long, long before the Roman invasion and occupation, written history began with Caesar and gained much of its detail, colour and texture with Tacitus. It is from the latter that we hear a suitably Roman story of a wife and mother, raised to vengeance by the mistreatment of her family.

But there is an alternative story that makes sense of her title. It is more intricate and empowering, has its roots going back far further in time, and gives us far more of a sense of the nature of occupation, resistance – and the alternatives to imperialism.

There is an argument that we are in the dying years of the Roman Empire: that the norms and values of a patriarchal, inherently misogynist culture, one that used a standing army to enforce punitive taxation and the commodification of land and labour. The Romans introduced social and spiritual changes that destroyed community and the connection between the people and the gods of the land. All of these factors set in train a two thousand year system of values leading inexorably to the free market neoliberalism that has brought us to the edge of the sixth mass extinction and climate tipping points from which we will not return.

An understanding of this time, of its antecedents and sequelae; of the events leading up to the Boudican Revolt – and an exploration of how the world might have changed had that been successful – is central to our capacity to frame the scale and scope of systemic change that will enable us to craft a generative, connected, confident future.

By the end of the 4 webinars students will have:

We will explore what we know (and what we might infer) of the tribal life of what became Britannia, and the political ascent of Rome that led to the Roman invasion of Britain in 43CE. We will investigate the sources and the nature of the lenses through which we view history: what is fact? What is plausible? What is projection – and how can we know the difference?
We will compare this with the historicity of Christianity, which was arising in the same time frame.

We will look at the invasion itself – what detail we know and the players involved on both sides. This will lead into an exploration of the two decades of Occupation during which the resistance was active – how did the interplay of collusion and resistance shape the parallel developments in Rome as Claudius gave way to Nero/Seneca.

We will explore the lead-up to the insurrection; the impact of the loans made to tribes for whom money was a novelty, and what happened when those loans were recalled. We will explore the myths and the probable realities and how we can infer a plausible sequence of events. We will look at the opposing military structures and why the legions that fell or prevailed did so.

We will look at the aftermath of the invasion on Britain and how it shaped the imperial future of the world. We will explore the possible alternatives and see how the realities of the past might shape the future we choose to craft: what might be want to bring forward, what might we want to leave behind? If we are in the death throes of the Roman Empire, how might that play out?

Information about how we process refund or cancellation requests can be found here: Refund and Cancellation Policy

Born and educated in Scotland, Manda Scott started life as a veterinarian, specialising in anaesthesia and equine neonatal intensive care. She worked in the clinical departments of the Universities of Cambridge and Dublin, at specialist equine practice in Newmarket and at the Animal Health Trust. The shift to a career as a novelist began with crime novels, but it was the move to writing the internationally best-selling Boudica: Dreaming series that allowed her to give up the day job. Soon after publication of the first book, she began teaching contemporary shamanic practice (shamanic dreaming) and has done so ever since. More recently, she gained a Masters in Regenerative Economics from Schumacher College, as a result of which, she set up Accidental Gods as a podcast and membership programme to facilitate the conscious evolution of humanity, in service to the web of life. She lives with her wife on a smallholding on the border between England and Wales and is currently training in veterinary and human homeopathy. (Photo of Manda Scott credited to Faith Tillera)

If you have questions or require additional assistance, you may click the “Chat” button on the lower, left-hand side of the screen, and submit your question. Our help desk will respond as soon as possible. Please do not email faculty directly with any technology or registration issues.